Music, Movement, Songs and Rhymes are really important and valued at Pembury House. Every week, Sinan, our music-specialist teacher, gives all children opportunities to explore their musical self. We sing songs, say rhymes, and explore instruments, such as the ukulele, xylophone, violin and hand percussion.

Sinan supports the children to use sound and body movements imaginatively to represent characters and narratives through music and songs. Children explore their own body movements in relation to the sounds they hear and use their voices as instruments. This extends children’s progress in all the seven areas of their learning and supports Early Phonics, using the Letters and Sounds document. Each week we have a 'Song of the Week' and 'Rhyme of the Week.' Ask your children to tell you about them! 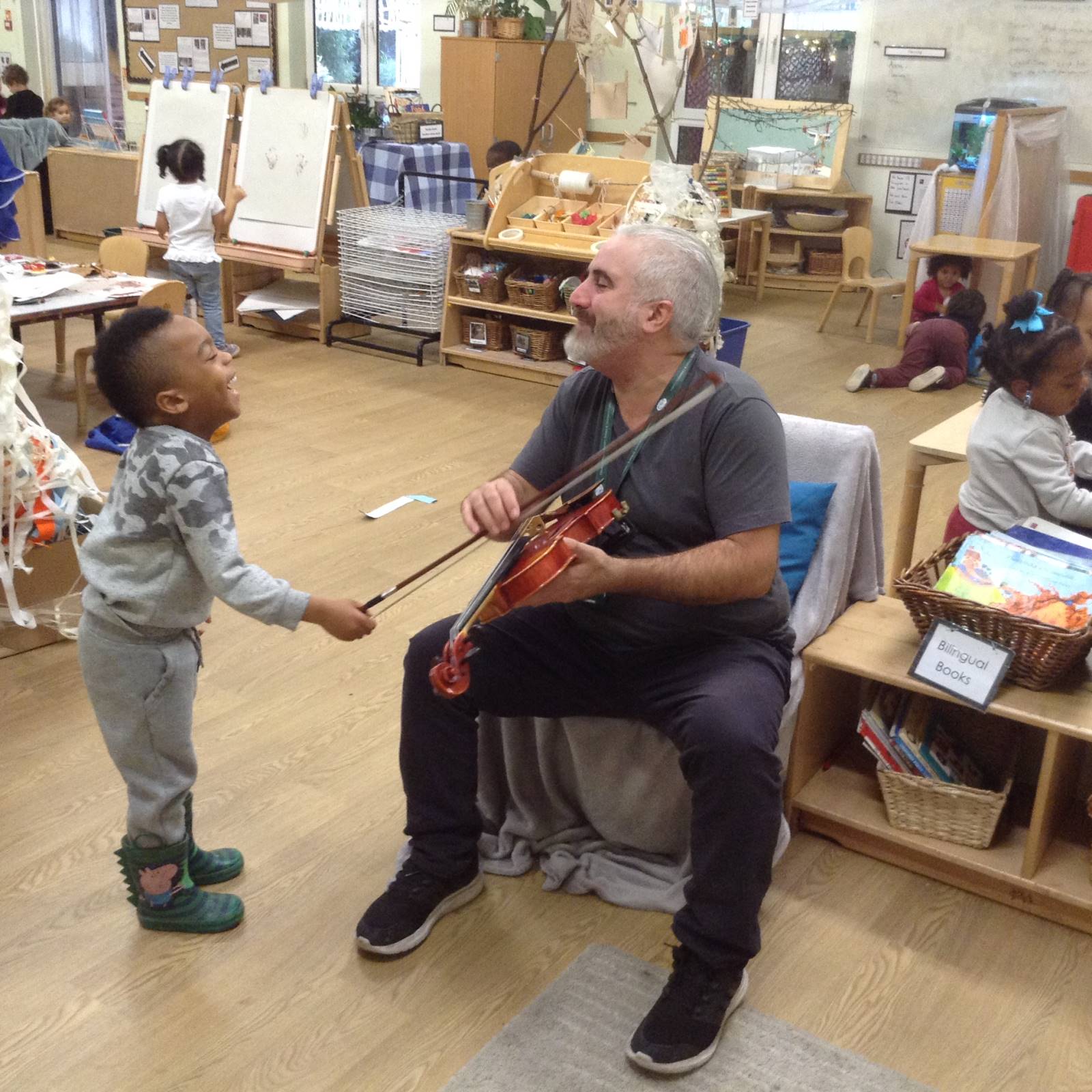